Attention, ladies: there’s a movie for us!

On Wednesday, we joined Netflix and Women In Film for a prescreening of the new movie, Tall Girl. Inside the intimate theater of The London in West Hollywood, we had the opportunity to connect with other female filmmakers and reunite with some of our Tall Tribe. (Hi Los Angeles! Temecula! The Peninsula! San Francisco!) Also, there was popcorn.

Tall Girl is about a sixteen year-old girl Jodie who, at over six feet, tries to survive high school while struggling with the constant label of being the school’s tall girl. When a new handsome foreign exchange student arrives, Jodie finds herself in a surprising love triangle that makes her realize she’s far more than her insecurities about height have led her to believe.

As a writer in Los Angeles, and a tall person, AND a woman, I’ve been following the development of this project for a while. The screenplay is written by Sam Wolfson (Andi Mack, Finding Carter) and directed by Nzingha Stewart (Grey’s Anatomy, A Million Little Things). If you’re someone like me who used to watch Dance Moms, you may recognize the actress who plays the main character Jodie as Ava Michelle. Quite fitting, as Ava in real life kept growing and missed opportunities to be on the elite squad because of her height. She’s seventeen and stands at six foot one. Stunning!

(Side note: I hate when people say you have to be tall to dance, because being tall is what gets you cut from a lot of auditions. Take the Rockettes, for example. If you’re taller than five foot ten and a half, you’re out.)

Ava Michelle, the lead actress, is the reason you should see this film. She portrays a specific type of tall girl we haven’t seen yet on screen–quiet and subdued. She’s become an introvert to protect herself. Even the clothes she wears, the everyday athleisure wear, become armor.

The film starts out with a strong, hilarious opening. The story is padded with lots of laugh out loud jokes…you could tell by the reaction of our audience! Wolfson’s script touches on a great deal of issues that we tall women face, from harassment in the halls to anti-growth treatments to dealing with your more “normal-sized” perfect siblings. The best part is the storyline with Jodie and her shorter dad, played by Steve Zahn. He keeps trying to help lift her spirits and make her feel welcome, but only succeeds in alienating her even more. Oh no, Steve Zahn! I can’t take his sad face. The end of this arc made my eyes water. (No, he didn’t die.)

The direction by Nzingha Stewart brought these beautiful raw closeups, these intimate portraits of people. The disparity of Jodie’s height isn’t exaggerated by unflattering angles, it’s just…real. Nzingha has an attention to detail, especially for comedy. There’s a visual gag at the end when someone’s trying to hug Jodie’s sister, and it’s just icing on the cake.

Sure, there’s some hard-hitting moments, some on-the-nose dialogue that repeats how important self-confidence is, yada yada. I don’t mind that. It’s a teen movie and sometimes it’s good to reinforce your point, especially if you’re trying to make people reflect upon their own behavior and empathize with others. Overall, I thought, “I wish this movie existed when I was little.” Can you imagine? We all would have felt much better in our own skins. This is kind of like our Disney Princess! (Speaking of…one of us needs to write a tall princess. Actually, that’s a great idea. I’ll get on that!)

This brings me to the end of the movie. So far, I’ve told you that Tall Girl is a funny script, with thoughtful direction, and a quiet force of an actress that carries the show. But the ending, oh dear. There were A LOT of boos in the audience. It’s like they took this awesome high school romantic comedy and in the final scene, destroyed all the goodwill they built up for the very people who identified with this journey. Arguably, they reinforced the idea that tall women are freaks. Funny, but that part’s a soul chipper. It’s hilarious, but at what cost?

Tall Girl premieres Friday September 13th on Netflix. I encourage you to watch this film. I’d love to know your thoughts! 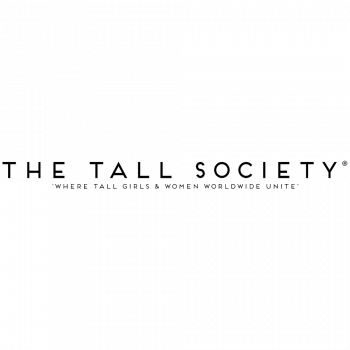